It has truly been a joy and an honor for me to write the Ataxia Profiles over the past several months. I get to know each person that I have written about…sometimes probing deeper with the people being featured each week in areas of interest…so that I can do as thorough a job as possible.

Making that extra inquisition brings us to Travis Guy Lebel…and the title that Travis would like to be applied to his Profile. Which is: Never Give Up…and Always Find A Way

This is a perfect title, and an excellent way to begin this Blog…so thank you, Travis.

Travis has been dealing with Spinocerebellar Ataxia since his birth. An official diagnosis didn’t come until several years later…but Travis confides having some difficulties very early on and his parents identifying quickly that something wasn’t quite right. He didn’t learn to walk on level ground until the age of fourteen-to-sixteen months…and didn’t walk outside until over the age of two.

For several years…between 1967 and 1970…Travis was taken to be seen by numerous specialists…but does not remember exactly when he first heard the term Ataxia. He grew up knowing that he was different…and many years later, while undergoing a routine physical exam, he asked if he could be seen by a Neurologist. Travis wanted to discover why his balance and coordination were off….and after many tests, numerous negative results, and four different Neurologists…he was given a diagnosis of an unknown SCA.

Travis also recalls…( I was going to add with fondness, but that just doesn’t seem to fit)…that he suffered from a constant bruising of his shins up until about the time he began High School. In reflecting on his childhood, Travis also remembers that he never possessed the balance necessary for him to learn to ride a bike.

Travis attended High School at the Bellows Free Academy…were he was the captain of the junior varsity baseball team. He attended Southern Vermont College, and it was during this time that Travis felt his Ataxia go somewhat into a state of remission. Even so, Travis has always made a point to adapt to defeat any obstacle that stood in his way…and to find a way to accomplish the things in life that he wants for himself. He graduated with an Associate’s of Science in Business Management,

He maintained a full-time job for a little over thirty years…finally giving in when Ataxia made work too difficult…and then filed for Long Term Disability. Nonetheless, Travis maintains the attitude of work that he has always possessed. He has also been a longtime weight lifter and continues to work out three to four times a week.

In closing, Travis reflects that none of the early Physicians could come up with any answers…so he just had to adapt and learned to make his situation work for him. He knows that life is never easy…but maintains that nothing can stop you from continually adopting a positive attitude. Travis remains happy and enthusiastic. His motto again, which bears repeating…and the title of this blog about Travis’s life, is: Never Give Up…and Always Find A Way 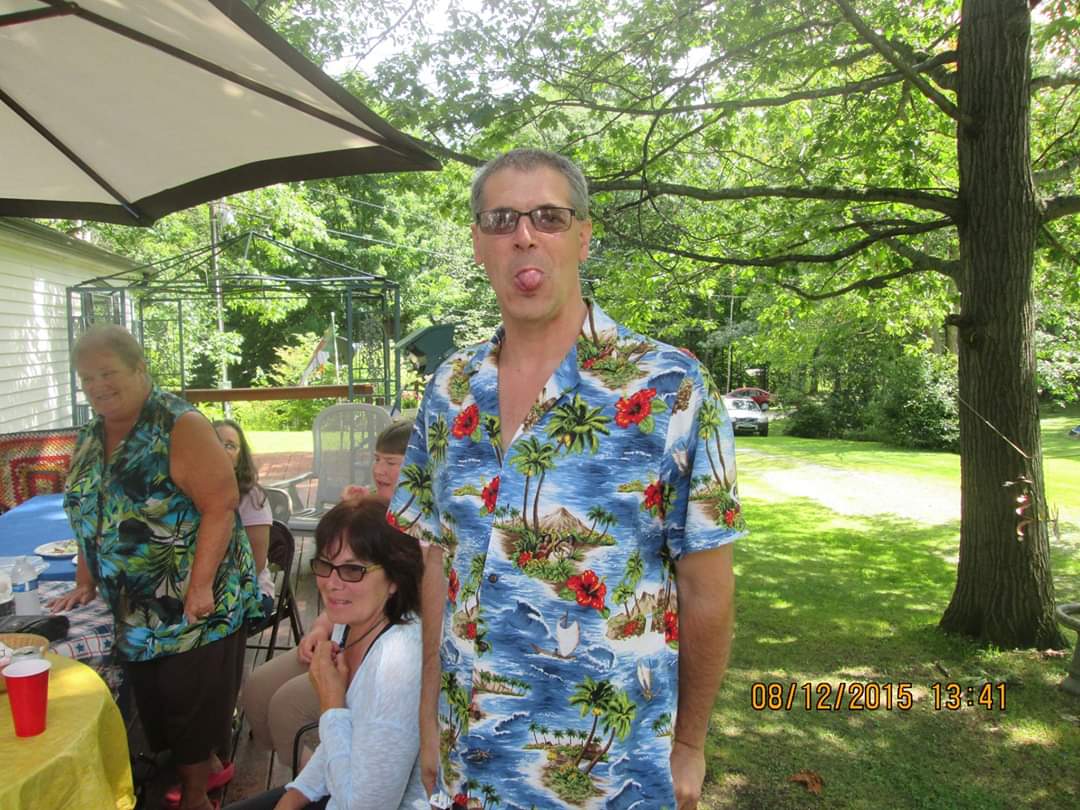 Thank you, Travis! It has been a pleasure…and until next time my friends…
Jason