It is time for the nineteenth Ataxia Profile…and for this writing, I am pleased to put the spotlight on Carmen De La Quintana. 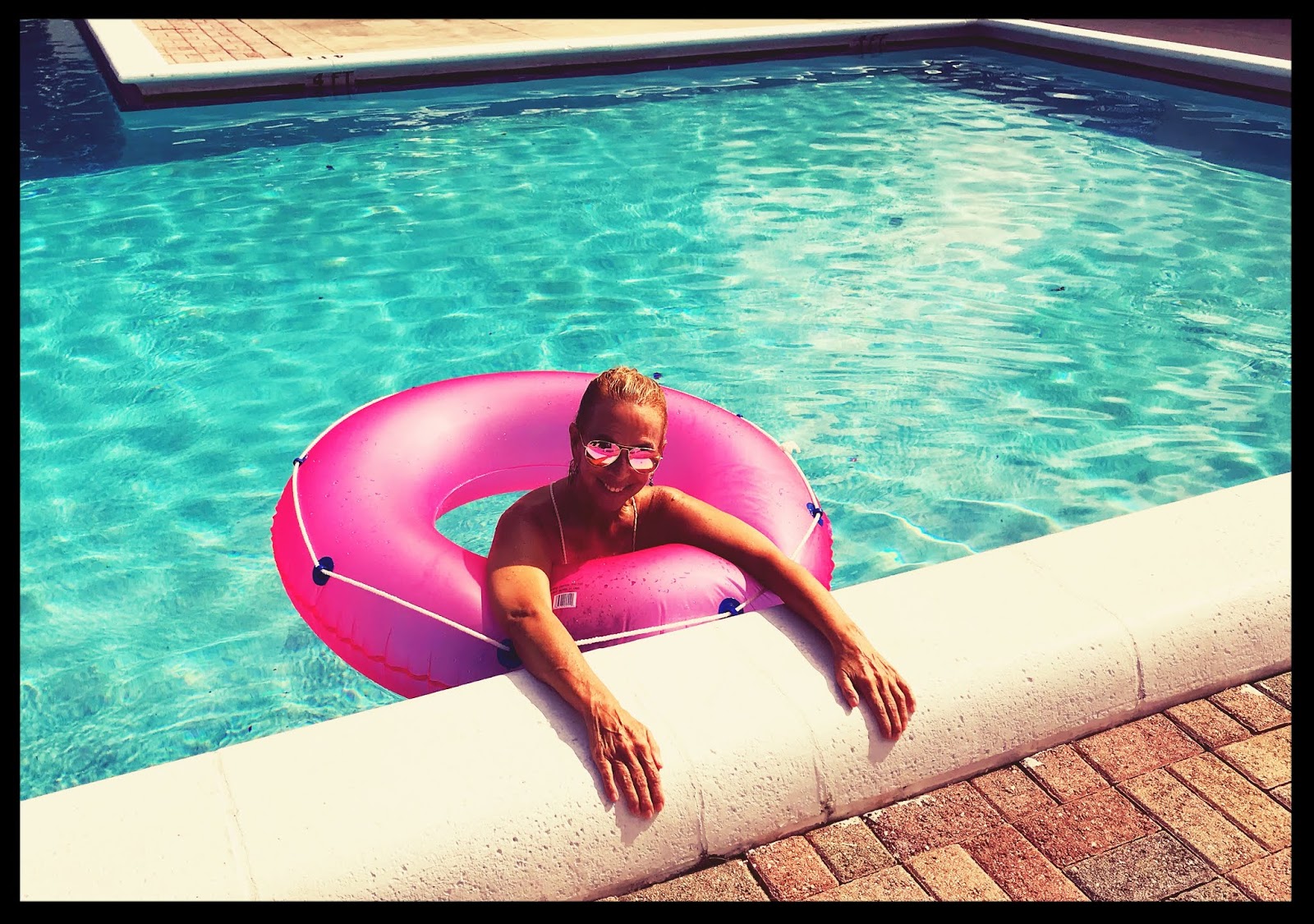 Carmen was officially diagnosed in two-thousand-and-fourteen at the age of fifty.  Earlier that year, however…she had been misdiagnosed with both Vertigo and a Stroke. After going to see an Ear Specialist, she was admitted to the hospital…and after numerous exams and tests, Carmen was diagnosed with PCD or Paraneoplastic Cerebellar Degeneration.

She was also told at that time that she had Ovarian Cancer…and began Chemotherapy in the latter part of that year. Then in January of two-thousand-and-fifteen, she underwent surgery…but no evidence of cancer was found, so her rounds of Chemotherapy were discontinued. She continues to have check-ups every six months…with no evidence of the presence of cancer.

Although Carmen has since had to stop working…she was employed by a large Health Insurance Company as an Account Manager. When not working at this job, Carmen enjoyed traveling to other countries, lounging on a beach, riding her bike, and spending quality time with her two kids, boyfriend, and friends. She also now enjoys watching movies and television series, and following her friends on Facebook and Instagram.

To keep herself active and to get exercise…Carmen likes to go to the beach or a swimming pool. She finds a feeling of great happiness in these places. When I asked Carmen what her disability had taught her…she instantly replied that for her, her family is everything. Her mother moved from California to Florida to help take care of her…and she now has two beautiful grandchildren that fill her heart and make her smile. Her boyfriend now takes care of her full-time…both of her children live close to her…and she is very grateful to have a great support system.

While Carmen is now in a wheelchair and needs assistance full-time…she continues to engage in therapies of many kinds…Physical, Occupational, Water, and Speech… and recommends this for everyone dealing with a disability. In short, she believes strongly that we all must remain active…and always be striving towards having a positive attitude and outlook. It is a choice…and Carmen has decided to be happy and laugh…ALOT! Thank you, Carmen, for those wise words…and, for the timely reminders of the importance of staying active, daily exercise, and maintaining a positive view. Thank you also for allowing me to share your story with others through this Blog. It has been very helpful.

That wraps up another Ataxia Profile. If you have sent me your story, rest assured I will get to it and share it through this Blog. I am trying to get to each one in the order they were sent to me. If you haven’t submitted anything to me then I would like to encourage you to do so…because YOUR story would be a benefit to all of us.