Let’s keep the momentum rolling…with Ataxia Profile number 17. Again, it is my distinct pleasure to introduce Lisa Antonelli Cole to you. Like many of you…I have met Lisa, (as a later photo will testify to:-)), but I look forward to writing this and getting to know her better. This is the purpose of these Profiles…so that we can know one another better and learn from our collective experiences. So, with that…. 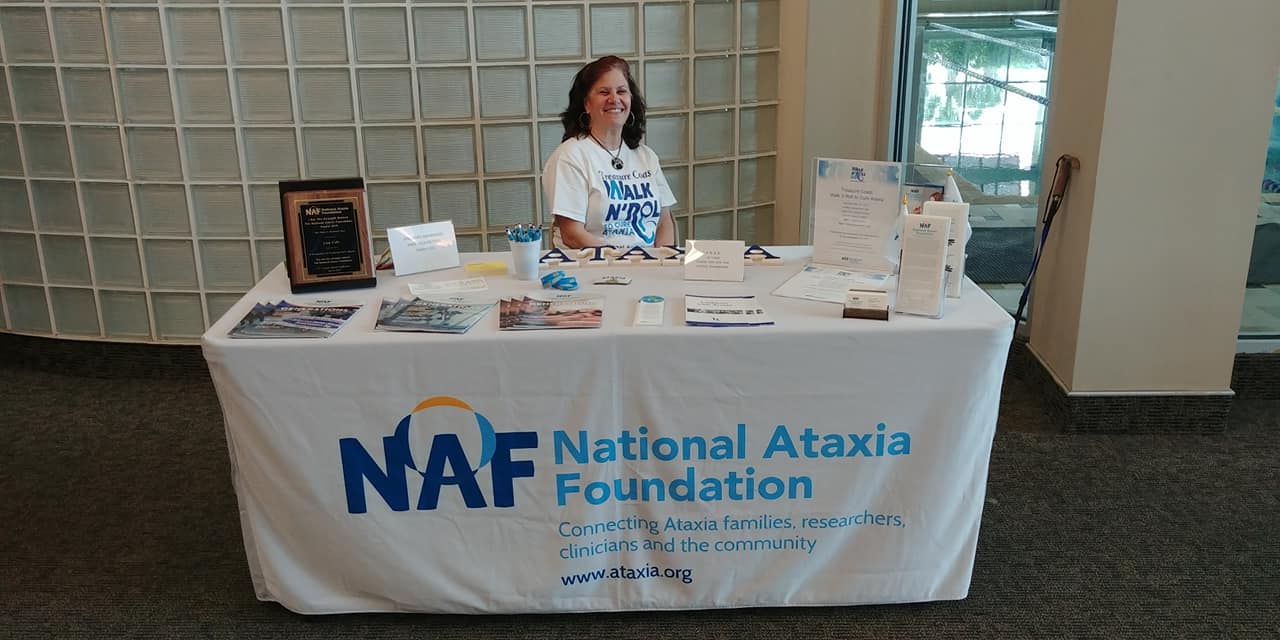 Lisa received an official diagnosis of Spinocerebellar Ataxia in December of 2013…however, her story begins a few years prior to this when she first started showing symptoms and went through a frustrating time of being misdiagnosed. Unfortunately, this same pattern seems to be a common theme for many people.

From as far back as 2007 Lisa began to experience times of dizziness…her balance was off, she was losing coordination, and she felt very unstable whenever she closed her eyes. Lisa was treated for vertigo by an ENT and sent to work with a Physical Therapist. Even though the symptoms of unbalance and dizziness did not improve Lisa discontinued seeing any doctors…after seeing that one of her ailments listed in her records was Chronic Anxiety. Lisa did NOT have anxiety…but knew something else explained her symptoms…something else was wrong.

Several years later, while undergoing a stress test on a treadmill, she almost fell. The Cardiologist recommended that she have this checked out. Thinking it was a bad knee, Lisa made an appointment with Orthopedics. However, when she saw the Orthopedic Dr…they did not think her walking symptoms had anything to do with her knee, and instead, told her she should be seen by a Neurologist.

When Lisa did finally did see a Neurologist…he listened to her for a while, and then sent her to see another Neurologist in Gainesville for a second opinion. Both Drs. agreed that the diagnosis…through a combination of both her family history and Lisa’s MRI…was Spinocerebellar Ataxia. Like so many, Lisa has an extensive family history…with her Dad, Brother, and Aunt all having Ataxia as well. Sadly, Lisa’s father passed away three years ago in a nursing home. He was no longer able to walk…but also died from complications due to Non-Hodgkin’s Cancer and COPD.

For several years before her official diagnosis, Lisa traveled to see several clients…to who she was teaching Quickbooks.  However, now she works from home doing accounting…and if she needs to have contact with those clients…she does so on the computer by logging on to their accounts.

Lisa saw others in her area that were needing support…and so started the East Coast of Florida Group, (The Treasure Coast)…and enjoys helping as many people as she can while still able. She does whatever she can to raise public awareness and to promote the ongoing mission of the NAF. Lisa is also hoping to see the National Ataxia Awareness Day…Which is on September 25th…become officially recognized, and a Proclamation by the State of Florida

She has also started a Facebook group named AtaxiaRocks…and has done several interviews that can be viewed on YouTube. I will share the link here:
https://youtu.be/LqCIZuW_SBg 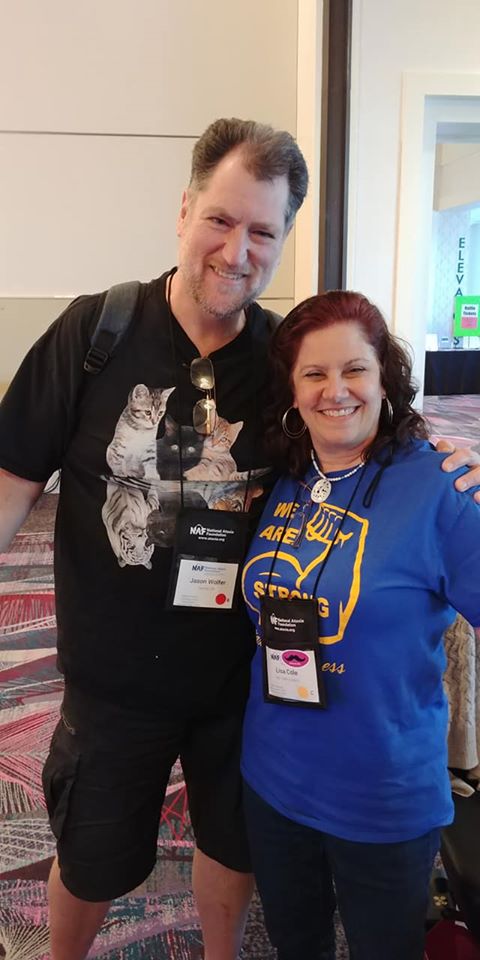 Thank you, Lisa…for allowing all of us to see into your life…and bringing encouragement, support, and awareness to the world of Ataxia.