Hello, friends. Let’s keep up the momentum, by meeting another person in the profile blog…and today I am pleased to introduce you to Mary Liebert.

Mary is fifty-seven and currently resides in Lafayette, Louisiana. She is a single mother with two daughters, three grandchildren…and a handful of cats…( I only have one cat, but feel that I can also use the term “handful” when referring to my single cat)!

Mary worked full-time for twenty-eight years at UPS as a clerk but has been medically retired now for close to five years. She also holds a college degree in general studies that she received at the University of Louisiana in Lafayette.

She is number six out of eight children…and inherited SpinoCerebellar Ataxia type One from her father. Sadly, Mary’s father and two brothers have passed due to complications that were related to SCA1. Mary was pre-symptomatic by the age of thirty-two…which is when she was officially diagnosed. However, she made it to the age of thirty-eight before the symptoms began to fully manifest themselves. She refers to these as mostly being mild, though…and still is able to enjoy the ability to drive. Mary has to depend on her rollator to get around about ninety-five percent of the time…and states that a general sense of balance is currently the main issue. ( In this case, your issue is also my issue, Mary).

Mary loves spending time with family, traveling, listening to audiobooks, engaging in water sports and working out in the gym, working in her yard, and watching the birds as they enjoy her bird feeders. Mary also loves to laugh and enjoys finding funny memes and pictures that she can share with her friends on Facebook. Doing these things makes her happy…and Mary strives to remain joyful…to embrace her life with a positive attitude and cheerful outlook. In fact, she would like to say that happiness is one of the areas in your life that you have absolute control over…so why not choose to be happy! I admire that point of view…so thank you, Mary.

She also wants everyone to know that you should be exercising any way that you can…It really does help, both physically and mentally.

Mary would like to leave us with one more piece of advice….which is to laugh! After all, there is a reason it is the best medicine! 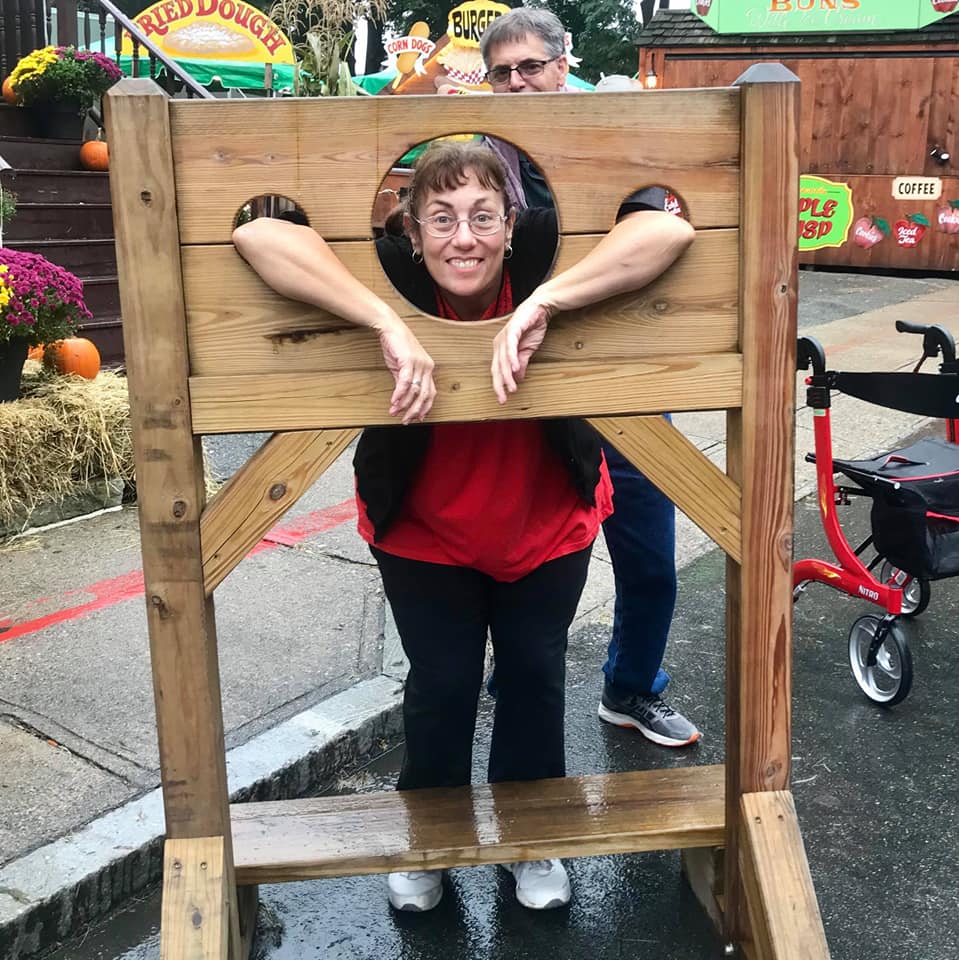 Great advice, Mary! I appreciated the opportunity to get to know you a little better…so thank you for letting me write this profile about you. Actually, a big shout-out to everyone who I have written about so far…and to those who have sent me their info and are still waiting in the virtual line. And, if you are reading this and have not sent me anything…I encourage you, as we all can learn from each other. Reach out to me…I’ve got some general questions that I can send to you.

Well, that wraps up another Ataxia Profile. Thanks again, Mary!