This post is the seventh writing of the series on Ataxia Profiles…and this time, I would like to introduce you to Brett Mitchell: 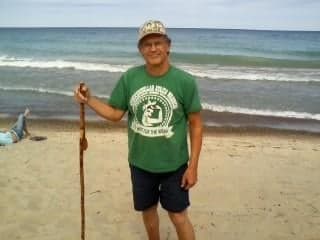 For thirty years, Brett worked for a distribution company in their warehouse…until a sudden onset of symptoms occurred and things began to become difficult for him.  At the age of fifty-three, Brett was diagnosed with an unknown SCA. His main interest had been music…including listening to it and reading about aspects pertaining to different forms of music. Brett also spent time attending, and music shopping, at collectors shows and retail stores. Standing and walking on concrete for long periods of time became too difficult…and although Brett still enjoys listening to music, and reading up about it…he stopped doing the other activities.

However, he very much enjoys the outdoors…and seems to do better on natural surfaces, like grass and sand. Brett has begun to take quite a few nature walks at parks, on trails, and at other places. He has found that the natural surfaces are easier for him to walk on…because they are softer and easier for him to find better traction. Brett relayed that he can go for longer walks, even if he has to use his rollator.

In 2018, Brett began recording his public nature walks…and by Autumn of that year, he had recorded enough trips to his local city and county parks, that he wanted to share with the Administrators of those parks how much he enjoyed them. At that time, He also began writing poems that he titled: Ramblings Of A Disabled Nature Lover. He included a copy of one of these writings in each letter that he sent…and also included a short note about SCA. He is continuing with this same endeavor this year…sending letters to the local Administrators of the Rails-to-Trails areas that he enjoys frequently.

Before we go on and hear more from Brett, I thought I would share with you one of his poems. The poem was published in the Spring issue of Generations…the quarterly magazine of the National Ataxia Foundation. 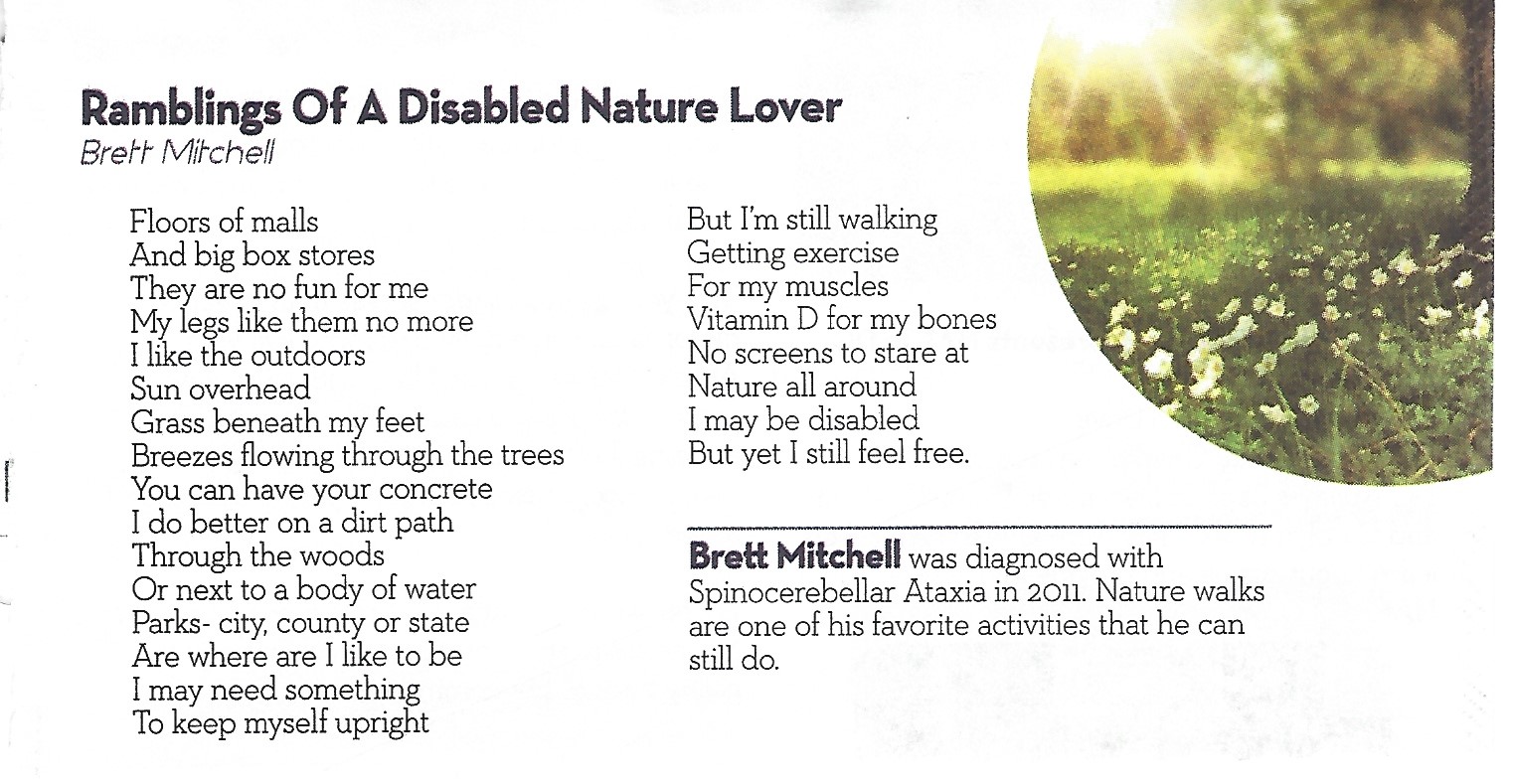 Brett would like to leave the readers of this blog with two pieces of advice…which is, to find enjoyment in what you can still do…and find something that you can do that you might not have had time for before Ataxia. Great advice. Thank you for sharing, Brett. 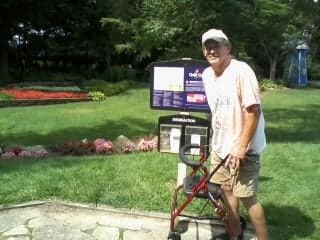 Until next time…thanks for reading! Jason