The current writing will be number six…and I have enjoyed working on every one of them. I like knowing peoples’ stories and reading about their own journeys. Based on the response that the previous five stories have attained so far, I’d say that you all like them too.

My hope is that as we read someone else’s experiences, and as they share who they are and what they have learned…that we will begin to find strength in our own lives. Personally, I always pay attention to the advice that the person I am writing about is giving. It is not lost on me that the insights that they share with us are coming from years of experience. First-hand knowledge that is born within the trials of living with a Neurological Disease.

Each profile has truly been an honor for me to write…and this time I am pleased to introduce you to Nikki Ewton: 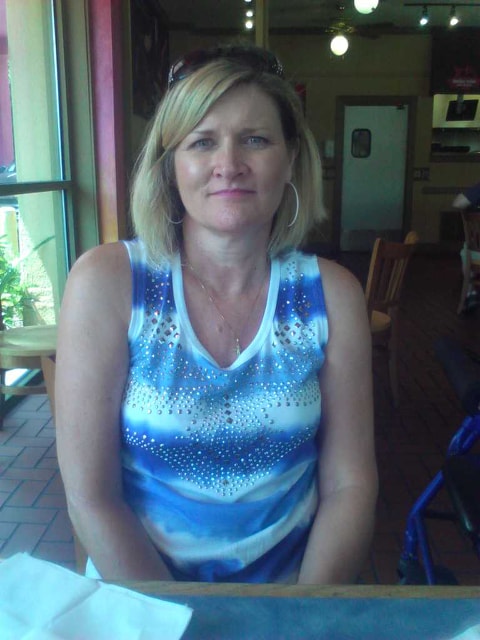 At the age of thirty-three, Nikki began to experience balance issues while walking, and she began falling down. She went to see a Doctor…who sent her to have an MRI done. The test results returned normal. Nikki then relayed to the Doctor that she had a Grandmother who was not able to walk, and that had been in a wheelchair since her thirties. Nikki’s own mother has been affected by the same thing.

As the years went by, Nikki noticed that her fine motor skills, and general physical abilities, were growing slowly and steadily worse. At the age of forty-one, she returned to see a Neurologist…this time, leaving with a diagnosis of Spinocerebellar Ataxia. (so sorry Nikki, I know too well how that felt). She was diagnosed with an unknown SCA…however, Nikki’s older brother went through Genetic testing and the results were SCA 8.

Initially, Nikki used a cane…she used it for three years until a series of bad breaks, (literally), had her begin to use a rollator. In Two-Thousand and Five, Nikki broke her ankle…in Two-Thousand and Seven she broke her left knee and in Two-Thousand and Fourteen, it was her right knee that suffered a break. She continues to use the rollator full-time, except when she is in public…then she feels more secure and uses her scooter.

Before her official diagnosis, Nikki worked as a scheduler for a cargo airline. She did this job until her motor skills and speech began to become worse. Her hobbies were dancing and playing tennis. She was sad to see those activities go away…but currently, she spends time riding her stationary bike every day and enjoys doing word puzzles.

There are two things that Nikki would like to leave with us. She has learned to take one day at a time, and know her limits between when to be active and when her body needs rest. Both of these lessons are very important. I too have learned that there is nothing to be gained by living in the past, (lost abilities), or the future,(experiencing anxiety over things I cannot control). And knowing when you need to rest becomes a safety issue for us.

Well, another interesting profile…and I want to thank Nikki Ewton for letting us get to know her a little bit better! Thanks, Nikki. 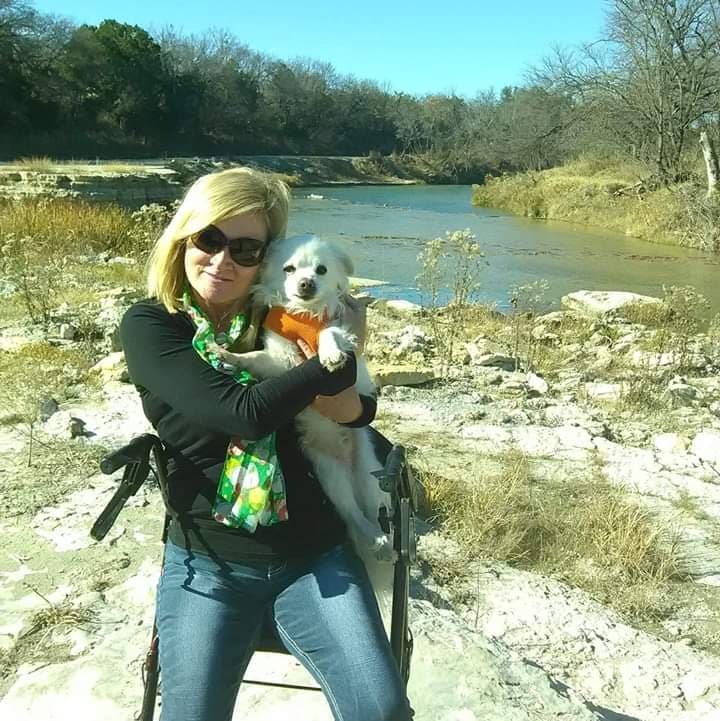 Until next time, my friends. Jason