Hey, my friends…It is time for another profile. Today I am happy to introduce you to Donny Gaudet. Here is his story… 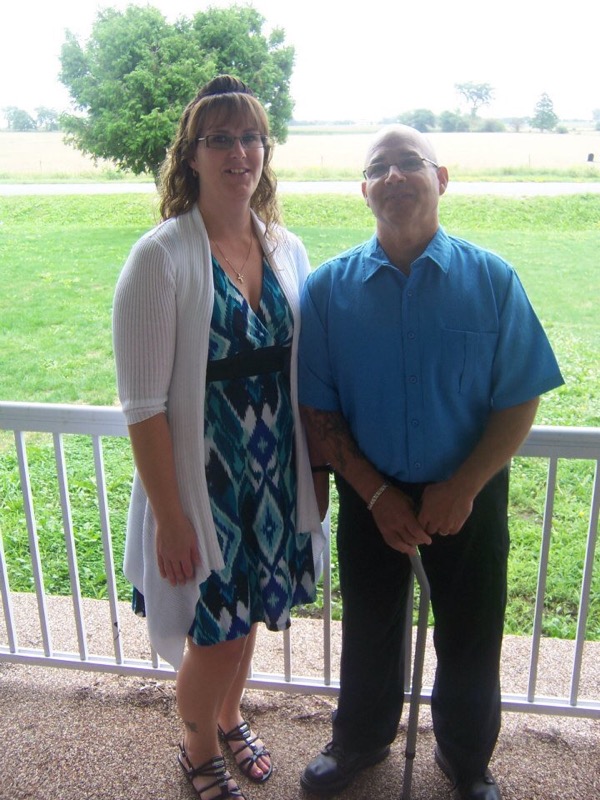 It all started for me seven years ago when I was forty-eight years old. My symptoms came on very quickly, hitting me very powerfully. By eight months my wife needed to take me into the Sunnybrook Hospital in Toronto Ontario to seek an answer to what had hit me so suddenly. I was prepared for… what I thought were good odds, that I may go in and not come out again.

My first symptoms revolved around sleeping. All of a sudden it seemed, I was experiencing problems getting to sleep and then staying asleep once I actually got there. I was getting an average of three to four hours of rest every night. This went on for about two months when I noticed that now it appeared that my balance was rapidly declining. I was beginning to trip over things, and I was also falling down a lot and unable to get myself back up. I started having trouble with my hands and found it very difficult to write and maintain my grip on things. I became anxious and unable to settle down or rest for very long. I felt a need to constantly pace around and found myself wandering around during the night, as my wife and kids slept. There where many nights when I would fall down the stairs and wake them up.

My wife then began to notice changes in my personality. My likes and dislikes were becoming uncertain…even foods that I had always loved, I would no longer eat because I couldn’t remember having eaten them before, or liking them. Besides not knowing what I used to like, and what I didn’t, I now began to choke on whatever I did eat. My speech became slurred, and I began to also stutter…making it hard for anyone to understand me.

Thinking that maybe I had had a stroke my wife took me to the local Hospital. After conducting all of the necessary tests, they told me that I had not had a stroke. However, they did not understand why I was experiencing my symptoms and instructed me to follow up with my family Doctor. When I did see my Doctor he sent me to have a CT scan, thinking that they had missed something at the hospital. The opinion of that Doctor was that I was depressed and prescribed to me some antidepressants. I then had to wait for referrals to see a Neurologist and a Speech Therapist.

It took six months to get in to see the Speech Therapist…and by then I was having tremors all over my body. My muscles were shaking uncontrollably, with the effects on the right side being markedly worse. By this point, I had lost fifty pounds.  The Speech Therapist accessed that the weight loss was due to the fact that I had lost over fifty percent of my muscle control and was now unable to swallow correctly.

My wife and I decided that enough was enough, and she took to a larger Hospital…where they kept me for nine days. During those nine days, the medical team put me through several tests, including an MRI, CT Scans, blood work-ups, and full-body scans. The outcome was atrophy of the Frontal Lobe and the Cerebellum. The Neurologist told me that I had a form of SCA with Parkinson’s Syndrome symptoms. I continue to see the Neurologist every six months for checkups.

Once I was released from the hospital and sent home, I really started to struggle with my disease. I became depressed and I didn’t want to go anywhere…nor did I want anyone to see me. I had been a transport truck driver for twenty-five years, driving all around Canada and the U.S. Because of this disease I no longer could drive, and my license was taken away from me.

Despite these past experiences, my advice to anyone is….to NEVER give up! Always be thankful for each day as it comes. As much as possible, remain positive….and do the best that you can.

I am still able to get around on my own without the need to use a cane. Most days I find things to do around the house. I can still climb on to our riding lawn mower and cut the grass…and most days I read and practice my writing. I am still able to work out and lift weights, and I continue to use my exercise equipment.

Thank you, Donny, for sharing your experience with us. Until next time….